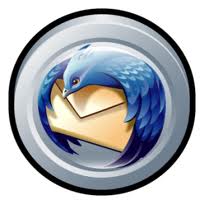 Mozilla Thunderbird is a free, open source, cross-platform email and news client developed by the Mozilla Foundation. The project strategy is modeled after Mozilla Firefox, a project aimed at creating a web browser. On December 7, 2004, version 1.0 was released, and received over 500,000 downloads in its first three days of release, and 1,000,000 in 10 days. 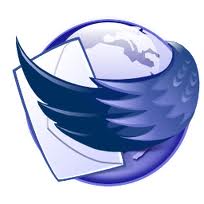 
Thunderbird aims to be a simple email, newsgroup and news feed client. The vanilla version is not a personal information manager, although the Mozilla Lightning extension adds PIM functionality. Additional features, if needed, are often available via other extensions.


Thunderbird can manage multiple email, newsgroup and news feed accounts and supports multiple identities within accounts. Features like quick search, saved search folders ("virtual folders"), advanced message filtering, message grouping, and labels help manage and find messages. On Linux-based systems, system mail (move mail) accounts are supported. A still unsolved problem regards the possibility to archive email messages on disk. When exporting a message, by saving or dragging and dropping, the time stamp of the exported file given by Thunderbird is that of the moment in which the file was exported. For archiving reasons it would be necessary that exported file had the time stamp corresponding to the moment in which it was sent or received.

Thunderbird incorporates a Bayesian spam filter, a white list based on the included address book, and can also understand classifications by server-based filters such as Spam Assassin.