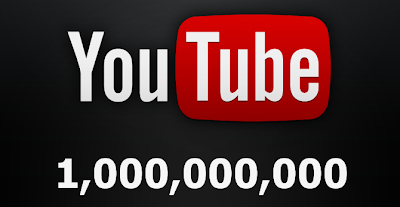 YouTube  hits more than 1 billion monthly active users said on their official blog post. According to YouTube blog post nearly one out of every two people on the Internet visits YouTube to watch videos. If YouTube were a country, we’d be the third largest in the world after China and India.