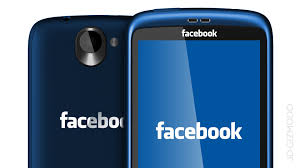 More news is trickling in about the elusive Facebook Phone that will run Facebook’s mobile platform called Home and is supposed to be showcased at an event on April 4. It looks like the phone will be running Android 4.1.2 and HTC’s Sense 4.5 skin.

Android Police managed to get their hands on a system software dump from the device and conducted a tear down. The phone requires your Facebook credentials to work pretty much anything. Think of it as the Google or Apple login page that needs to be filled in while activating your Android or iOS device.

Unfortunately, since the platform is still a pre-release, it required Facebook employee credentials to work. The lack of it means we will still have to wait for the event to get details about most specifications and features of the phone.

It does however look like the HTC-built phone, codenamed Myst, will allow for a super-customised Facebook homescreen that will be a slightly modified version of Android. The phone specifications according to the build.prop file confirms that it is a simply-built 4.3-inch sporting phone. HTC Myst will run Android version 4.1.2 and have HTC’s Sense 4.5 UI. Surprisingly, it does not have HTC’s latest Sense 5.

Myst is to have a 5 megapixel rear and 1.6 megapixel front camera to make video calls. The phone is supposed to be available only on AT&T when it is launched, with the potential of it expanding to other carriers around the world.

As far as Facebook Home goes, Myst is to have a version of the Facebook app that isn’t available anywhere else. While the package name for the regular Facebook app is “com.facebook.katana”, this one is called "com.facebook.wakizashi".

There is a new set of permissions required to run the remade version of the Facebook app:


Interestingly, there are a bunch of new permissions that allow Facebook to read the settings for the stock Android launcher, the HTC launcher and the Touchwiz launcher. It looks like Facebook Home is probably going to hit the Android Play store as a standalone app. Myst could well be a Facebook phone and not the Facebook Phone. Home could find its way to other Android phones, but as a milder version.

The layout XML and image files also indicate that Facebook Home will allow you to view your Facebook news stories, a standalone clock screen, search via a blue coloured Google app and will have shortcuts for launching apps. Another important feature discovered during the APK teardown shows something called “Chat Heads” that will have the ability to “pop out chat head”. Essentially, when you’re even within other apps, your Facebook chat notifications will remain above your screen.

Facebook Home is going to ensure a tighter integration of Facebook in the phone. While it could also be an app you can simply download from the Play Store, it could signal the beginning of a range of new phones that have an Android and Facebook marriage at the heart of it.