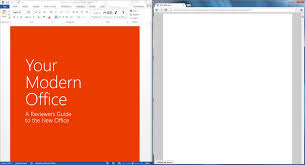 Last year, Google acquired Quickoffice, a mobile app for editing Microsoft Office files. The app is still available and it's not free. It's probably the only mobile Google app that's not free (there's a free version for Google Apps for Business users).

Google started to port Quickoffice to Chrome OS, first as a Microsoft Office viewer. Now the Office viewer is available as an extension for Chrome. It requires at least Chrome 27.0.1453.65 for Windows and Mac, so you can use it if you have Chrome Beta, Chrome Dev Channel, Chrome Canary or a recent Chromium build.

The extension lets you open Microsoft Office files that have the following extensions: .doc, .docx, .xls, .xlsx, .ppt, .pptx. It looks just like the PDF viewer, but it doesn't work as well yet probably because it's still in beta. Some files don't load, text selection doesn't work for presentations and zooming some documents sends you to a different page. 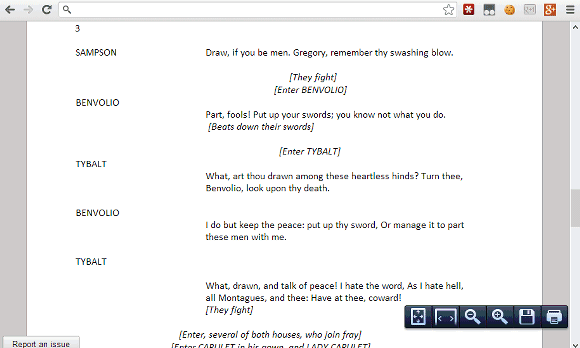 But why not open these files using Google Drive apps? Why not use the Google Drive Viewer? They're great options, but the Chrome Office Viewer is better than the Google Drive Viewer because it doesn't convert files to images. Opening files using Google Drive apps like Google Docs or Google Sheets takes more time: the files need to be downloaded and then converted to the Google Drive format. Another explanation: "Quickoffice has an established track record of enabling seamless interoperability with popular file formats" and this is especially important for business users. The viewer works offline, so Chromebook users can open Office files from a USB flash drive even when they don't have an Internet connection.

[via Chrome Blog]
Posted by Harikesh at 7:27 PM