"Chrome Team is currently working on bringing the App Launcher on the Mac platform as you can see in the screenshot below. You can already give it a try by running the last chromium build available at download-chromium.appspot.com with the --show-app-list switch." said by Google Engineer. 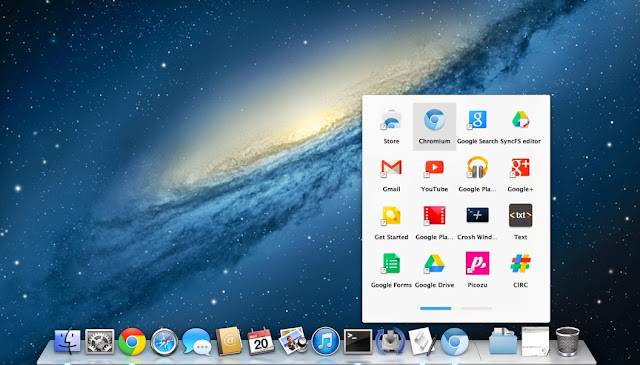 Now you can try Chrome app launcher beta on your Mac computer by installing Chromium browser and download any one app from Chrome web store.