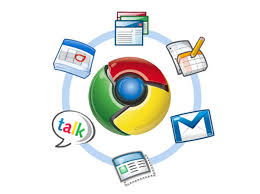 Today's packaged apps are actually new-style packaged apps and have a lot of new features: "powerful APIs have been added so your apps can have native-like capabilities, and a serious security model is enforced to make sure these APIs are not abused." Package apps launch from outside of the browser, using the Chrome App Launcher - a new icon that will be added to the operating system's taskbar. 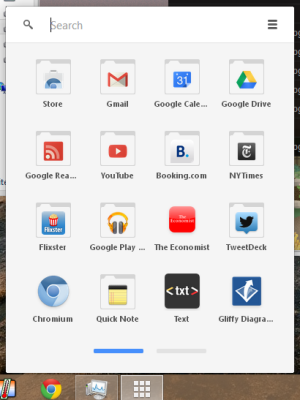 "Packaged apps deliver an experience as capable as a native app, but as safe as a web page. Just like web apps, packaged apps are written in HTML5, JavaScript, and CSS. But packaged apps look and behave like native apps, and they have native-like capabilities that are much more powerful than those available to web apps." The apps launch in a new window that has no chrome and no browser interface elements. 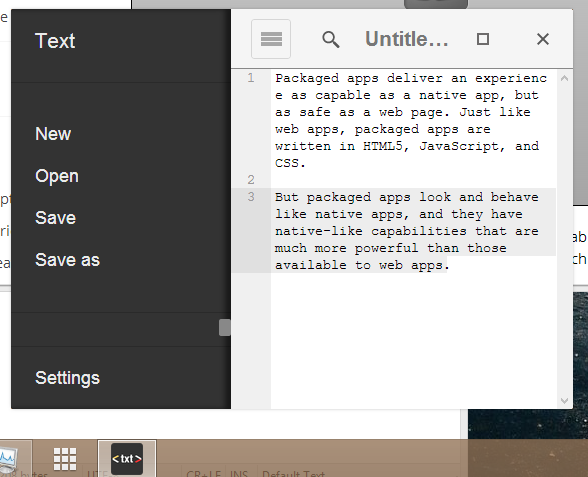 "These combine the best of websites and native applications — they're available offline & from any computer, are always up to date, and they can communicate with devices like USB drives & Bluetooth speakers," explains Google.

Here's the new Chrome Web Store interface that's displayed if you use Chrome 28 (Dev/Canary) for Windows or Chrome OS: 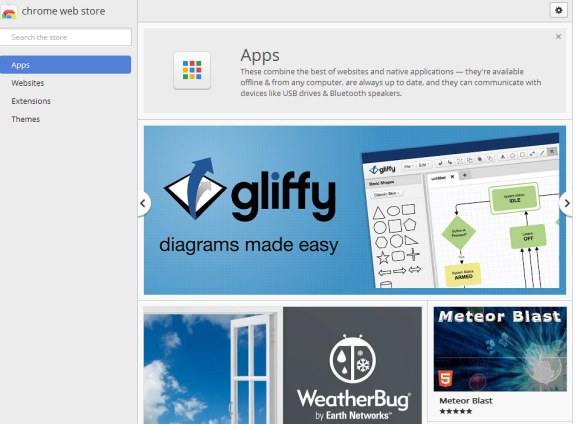 Install the Gliffy Diagrams app and you can use it almost instantly. Add some shapes, close the window, open Gliffy again from the App Launcher and your data is there. 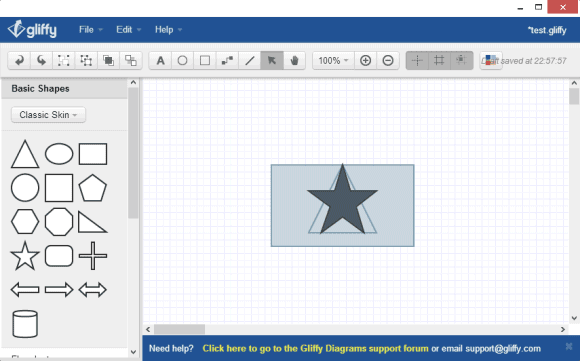 "Many of these apps are works in progress, which is why we're only making them easily available on Chrome's dev channel. If you've written a packaged app, or are working on one, now is a great time to get some early feedback and polish your app before Chrome packaged apps become more broadly available," informs the Chromium Blog.

[via googlesystem blog]
Posted by Harikesh at 6:24 PM